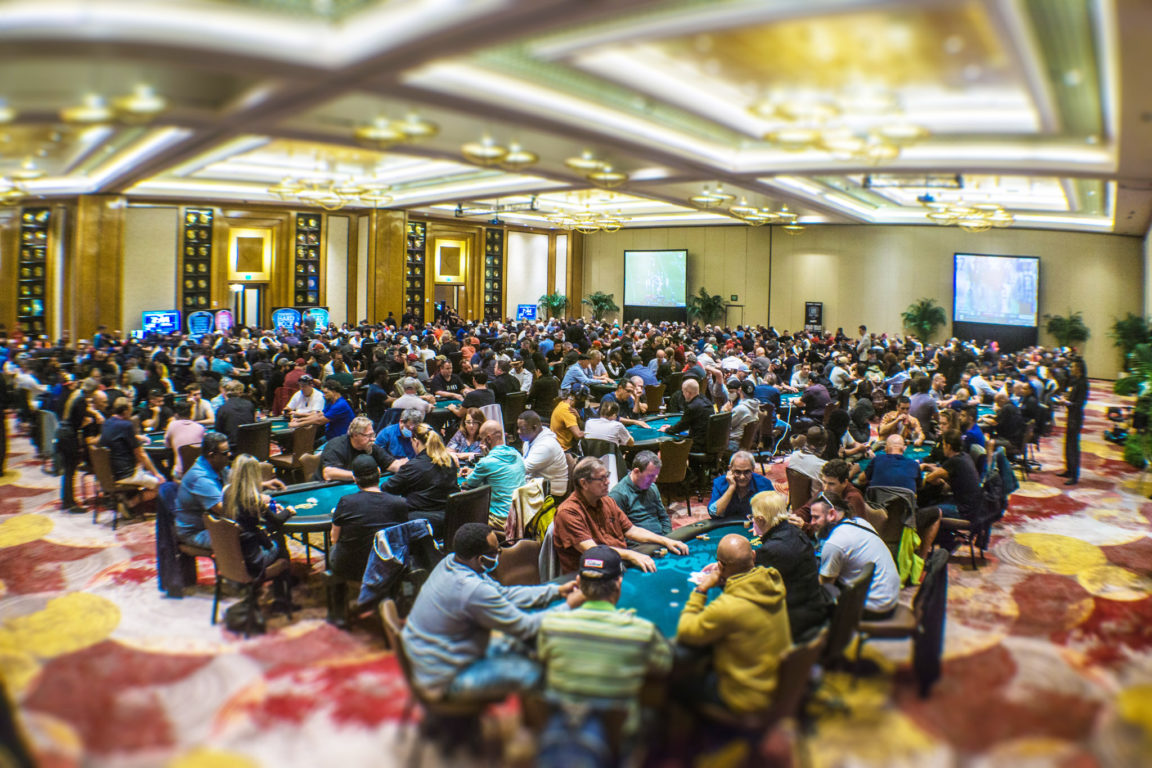 After the uncertainty of 2020, live tournament poker returned to the world with the Sunshine State leading the way. Records were set, rooms were packed, and prize pools were huge.

While implementing a Safe and Sound approach to keep guests and team members as a top priority, the Seminole Hard Rock Lucky Hearts Poker Open in Hollywood hosted the first poker festival in January 2021 and it proved that players were ready to get back to the tables.

The LHPO series kicked off a year that saw success across the state with huge tournaments in Hollywood, Tampa, and Coconut Creek. They ran 13 series with 209 primary events and the turnouts were fantastic.

More than 90,000 entries over the year, tripled the guaranteed money posted and we awarded just shy of $85,000,000. A great year by any measure and we look forward to all the potential for 2022.

Taking a look back through the year, we have a recap of all the series from start to finish and some big moments along the way.

Two weeks into 2021, Hollywood hosted the much anticipated Lucky Hearts Poker Open. Players came from around the country and they were ready to get back to playing some tournament poker.

That was evident in the opening tournament of the series. The $600 buy-in tournament drew more than 3,000 entries over six starting flights for a $1.5 million prize pool.

And with that, live tournament poker was back.

The series also saw the return of the WPT main tour and players packed the Seminole Ballroom. The LHPO Championship drew 1,573 entries to make it (at the time) the second-biggest main tour field in its long history. Our players put more than $5,000,000 in the prize pool and Ilyas Muradi walked away with $620,000 for the win.

On the other side of the state, we had the return of the Tampa Poker Classic. The eight-tournament series featured $500,000 in guarantees and nearly quintupled that number with $2,471,000 in prize money.

Hollywood brought back the popular Escalator Series in March, an in-room run of four tournaments each weekend of the month with escalating buy-ins and guarantees. Yuriy Kozinskiy walked away with the big prize when he won the $600 No Limit Hold’em tournament for $60,000.

If the LHPO series set the pace for 2021, the Poker Showdown built on the great start for the year. Nearly every tournament set a record for attendance and then we had the Championship to open a lot of eyes.

The World Poker Tour made a return to South Florida and the $3,500 Championship drew an incredible 2,482 entries to smash the record for the biggest field in WPT history. Nearly 700 more entries than the previous best 2014 WPT Poker Showdown Championship.

The final table played out in front of the WPT cameras in Las Vegas and Brekstyn Schutten earned the title along with a huge $1,261,095 top prize.

Hollywood hosted another big in-room series in May with the Deep Stacks Poker Series. Eight tournaments over nearly two weeks with more than 3,000 entries putting nearly $1.4 million up for grabs.

The Main Event had a $1,700 buy-in, $200K guarantee, and 398 entries put $597,000 in the prize pool. Cosmin Joldis took the top spot along with $120,000 after defeating Steven Karp heads-up. Angelo Castaldi also made some noise with two wins out of the eight tournaments during the series.

After several years of hosting the WPTDeepStacks series in the poker room, the main tour came to town for the first time and the series packed the Event Center as shown in the picture below. The series drew 9,068 entries over 21 events with the $4,000,000 in guarantees spun up to $7,923,715 in prize pool. History was made with the first WPT Tampa Main Event when Brian Altman won his third World Poker Tour title to go along with his two from Hollywood.

The Seminole Hard Rock Poker Open was the biggest series of the year; most events at 43, most entries with 19,881 combined, and $9,560,000 in guarantees topping all others. The $21,040,260 was second only to the $22 million from the Poker Showdown for a lot of money spread among our players.

Series action returned to Coconut Creek with the RunGood series in town. They hosted the popular mid-major tour with five events and a Main Event with some extra features.

It was a $600 buy-in tournament with a $50,000 guarantee and the winner would receive a seat in the RunGood All-Stars ProAm in Las Vegas. The 519 entries put $275,070 in the prize pool and Seminole Hard Rock regular Raminder Singh took the crown.

Making the most out of his new seat in the ProAm, Singh went to Vegas and beat a tough final table to earn that title as well.

Tampa put together a September Super Stacks series for the first time and it was another success. With a lot of chips and slower structures, players came to the west coast of Florida in big numbers.

The series drew 1,665 entries across seven events and nearly tripled the guarantees with $905,785 in the prize pools. The $1,700 Main Event had a tough final table with Thomas Elder defeating Nick Palma heads up for more than $100,000.

October meant it was time for the annual Pinktober Poker Open series in Tampa where players had great structures and a portion of each buy-in was donated to the American Cancer Society.

Hollywood closed out its last major series of 2021 with the Rock ‘N’ Roll Poker Open. The series kicked off in a huge way when the opening event drew 6,196 entries to create the biggest field in Florida poker history. The $400 buy-in tournament put up an incredible $2,000,000 prize pool and Mike Laufer earned $160,734 as the winner.

The WPT RRPO Championship closed out the series with a $5,000,000 prize pool and Gediminas Uselis defeated Jake Ferro heads-up for the $778,490 win.

Tampa closed out its 2021 run with the Tampa Winter Open in December. They had 13 tournaments over nearly two weeks and the series ended up with more than $2,000,000 in prize money.

T.K. Miles dominated a talented final table to take the Main Event title along with $213,035 for the outright win. Other notable winners include Brandon Byars, Peter Walsworth, Sean Miller, Andrea Ruossi, and Jean Laurent winning the Omaha 8 title for the second series in a row.

Hollywood Fun in the Sun

The last series of the year was the traditional Fun in the Sun in Hollywood, a fun set of five tournaments between the holidays and the new year. It closed out 2021 the same way we started, big turnouts with the guarantees tripled and big money awarded.

It was a familiar face coming up big at the end when all-time Hollywood cash leader Ory Hen won the Main Event for $23,607. He wasn’t the only notable winner as Michael Newman, Marty Robbins, Ducarmel Beaubien, and Alcides Gomez also took home a trophy. We want to thank all the players and staff who made these numbers possible! We look forward to seeing you all again in 2022!

Davie, FL – Florida’s David Nathaniel Jr. has won the 2020 Seminole Hard Rock Poker Player of the Year Award. In a shortened season, David put together 3 deep runs out of 6 qualifying events. One of the runs resulted in a win at Tampa’s Pinktober Main Event for $93,545. Bookended by a 10th place finish at Coconut Creek’s WSOP Circuit Main Event (Sept. ’19) and a cash at Tampa’s WSOP Circuit Main Event (Feb. ’20), David showed his loyalty to Seminole Hard Rock Poker events pays off. “As far as winning the award, it means that the work I’ve been putting in has paid dividends,” Nathaniel Jr. said. “I still have a long way to go to improve as a player…this award is a sign that I’m heading (in) the right direction.”

When asked about what he enjoys most about the Seminole Hard Rock properties Nathaniel said, “The availability of games. 24/7 means I can always find a game. The dealers are top notch and for as much as I play, it feels like second home.” Well David, from all of us at your “second home,” congratulations on winning the 2020 Seminole Hard Rock Poker Player of the Year!

This contest has ended.

Winners will be chosen June 13, July 11 and August 9. Participants are only eligible to win this contest once.

This contest has ended.